No Child Left Behind is like a swear word in some circles. You may be convinced that it is a rousing success or that it is an epic failure. What I think it does extremely well is put a laser-like focus on those persistently low-achieving subgroups that had persistently been ignored. It does this by setting achievement targets for those groups, called Adequate Yearly Progress (AYP). One such subgroup is the population of students who are in juvenile detention facilities. You may or may not be aware that NCLB applies even to juveniles in detention stating, “[a] child in a local institution for neglected or delinquent children and youth […] is eligible for services.” The AYP provision requires State and Local Education Agencies (SEAs, LEAs) operating education programs in juvenile detention centers to evaluate student achievement in a number of areas defined in the law.

Fast forward to today, with talks of the U.S. Department of Education granting AYP waivers to several states, TN being one of the states likely to receive the waiver. The waiver will do away with the AYP requirement, and instead, allow states to focus on transforming the bottom 5 to 15 percent of persistently lowest achieving schools. See the chasm here? What happens to those kids in juvenile detention? What incentives will districts have in making sure those kids in detention receive education services?

Okay, before I discuss some potential solutions, let’s confront the pink elephant in the room. Yes, I do actually believe that kids, who through their behavior end up in juvenile detention, still need education services. The reality is (and statistics show) that education is the single-most significant factor in making sure that kids in detention don’t lead a life of crime and move to a life of productivity. And that’s the aim, right?

How do we ensure kids in detention receive education services? First (and I recognize that this is easier said than done) we need to shift the purpose of confinement from punishment to rehabilitation. To support this shift in ideology, the legislature should require LEAs to provide education services to kids in detention. When we shift our focus, it becomes painfully obvious that in order to rehabilitate these kids, our duty is to educate them, whether AYP tells us to or not. In addition, districts should consider creating a recognized school within their local juvenile detention center so that detainees have access to the same resources and are subject to the same measurable achievement goals. For example, the Davidson County Juvenile Detention Center in Nashville is a recognized school by their LEA. They are doing a great job of providing education services to their kids and they have the data to prove it.

I think if TN is to be “first to the top”, we must make sure that quality education services are provided to all kids, not just the “good” ones. 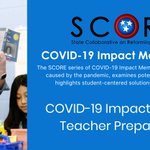