I coach high school debate, where we utilize a concept called a counterplan. The counterplan lets the opposing team propose an alternative course of action that they believe would be better than what the other team is proposing. This is a high-level concept, and so we try to explain it through a simple, if somewhat disturbing, analogy. Suppose a neighbor’s dog continues barking night after night, and you are getting no sleep. One way to solve the problem? Shoot the dog! No more barking.

Hold on, you say, the dog isn’t the problem, it’s the barking! Can’t we create a plan to deal with the barking instead? What if we bought the dog a muzzle, or simply talked to the neighbor to try and improve the situation? Counterplan proposed, problem solved, and the debate is won.

I use this analogy because I think it’s a perfect descriptor of the ongoing debate surrounding student assessments in the United States. To many teachers, parents and students, assessments have become the equivalent of the barking dog in public education. The problem on hand might not be the assessment per say. It might be the way the assessment is used, how it’s implemented, or how it makes kids feel. Either way, some people insist on ending all assessing in American education. It’s the policy equivalent of “shooting the dog.”

But hold on! As we’ve shown with the incessantly barking dog, the most extreme answer typically isn’t the best answer. I don’t believe that having assessments in our nation’s classroom is the problem. The problem, I think, stems from three sources – assessment creation, implementation, and use.

First, too often assessments don’t align with the standards we teach, which is the case in my own state of Tennessee. However the solution isn’t to end all assessments – it’s to design better ones that do align to standards. In Tennessee, we have recently recognized this and have set out to create a new, better- aligned assessment that conforms to the standards being taught.

Some people fret that these assessments will be too tough, but my experience tells me that students not only can handle them, but they actually can recognize and want a more rigorous assessment. Last year my class piloted the new PARCC geometry assessments. When I surveyed the kids after the test, the majority of them told me they thought it was a better assessment of student skills than their old test!

Second, assessments all too often become the de facto be-all of a school. The public rightly decries what has become a “test prep” culture that focuses only on preparing kids for an assessment and takes away too much instructional time. But this only happens if schools allow it to happen. When the curriculum becomes about the test, that’s a choice, not a mandate. Sometime teachers and administrators just have to say no.

Consider my own school. We prepare our students for our state assessments, but at the same time work to ensure that we broaden their curriculum beyond simple test prep. For example, our English teachers go out of their way to teach literature classics and our math classes complete multi-day application projects. Who says assessments have to result in test prep?

Third, the way we use assessment data often causes consternation, particularly among teachers. Too often it is used to punish teachers, districts and schools. That was one of the flaws of the first incarnation of NCLB – it provided a huge stick and very little carrot to reward high-performing schools. Schools were only recognized if they performed badly, not if they performed well.

This is one thing we’re working to remedy in Tennessee. The state goes out of its way to designate high-performing schools and recognize them publicly. And non-profits such as the State Collaborative on Reforming Education (SCORE) hold annual competitions to select the highest-performing schools in the state. And much of this is based on test scores.

In fact, assessment data brings with it many benefits that would be lost if we just straight out got rid of tests. This data allows teachers like me to visibly see achievement gaps among different types of students. It allows us to compare schools across districts, states and the entire country. When used appropriately, it provides teachers with valuable information to use in improving their instruction. And it provides public officials with a mechanism to ensure that public dollars are well spent and allocated to the areas of greatest need.

The issues I outlined above are very real and deserve a national discussion. As a teacher, I’ve dealt with all of them. Simply adopting the position that the solution is to end all assessments misidentifies the real source of the problem and ignores assessment benefits.

As Congress continues its debate around the reauthorization of the ESEA, let’s take a moment to make sure that we’ve correctly identified the problem. Having assessments isn’t the issue. Once we recognize this, we can move on to improve those things that aren’t working, while recognizing the benefits. Just like shooting the dog isn’t the answer, neither is killing the test.

#ICYMI: @GovBillLee has signed the Tennessee Investment in Student Achievement (TISA) — a historic move forward that puts the focus of education funding on the needs of students. Despite the pandemic, the 2020 @TNPromise cohort was the largest since the program launched in 2015. Waiving the community service requirement and making the mandatory meeting available online likely contributed to the increase.
More > https://t.co/cOC008L5rZ 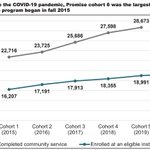 #ICYMI: @MetroSchools Director Adrienne Battle has been named Superintendent of the Year by @ProEdTN, one of Tennessee's largest teacher organizations.

Professional Educators of Tennessee, a nonpartisan teacher association, is made up of more than 8,200 teachers statewide.

Reply on TwitterRetweet on TwitterLike on Twitter2Twitter
Load More...