We talk a lot about leaders. The nation is considering who best to serve as its next president. Fans are analyzing the playing styles put in place by the coaches of their favored NCAA basketball tournament teams. Speculation abounds about where Peyton Manning will next play as quarterback. We tend to think a lot about putting the best leaders in the right positions to achieve success. Recent research by Gregory Branch, Eric Hanushek, and Steven Rivkin contends that leadership matters in schools, too.

In their report, the researchers present in-depth analyses of the potential effects of principals on issues including student achievement and teacher turnover. The team analyzed the effectiveness of 7,420 principals in Texas between 1995 and 2001 through more than 28,000 annual observations. Their ultimate conclusion: Increased focus from a policy standpoint on the selection and retention of high quality principals “would have a very high pay-off” for kids.

This finding is supported by a number of telling observations, including:

Principals in schools with high proportions of economically disadvantaged students often encounter challenges associated with attracting and retaining talented teachers and staff, given the difficult working conditions they are likely to face. According to this study, these conditions only “amplify the importance of having an effective leader.” Added to this challenge, however, is the fact that these schools “are more likely to have first year principals and less likely to have principals who have been at the school at least six years than those with a less disadvantaged population.” Continuity of leadership is a prevalent challenge in all schools, however, as thirty percent of principals in the study’s sample left their schools in a given year, regardless of how long they had served.

Also, regardless of poverty rates, teacher turnover rates are highest in schools with the least effective principals. Teachers want strong leaders in their schools, and highly effective teachers are more likely to have options to work in schools with better working conditions—conditions that may well stem from the vision and effective implementation of school leaders.

By their most conservative estimates, the research team found a principal performing “in the top 16 percent of the quality distribution (i.e., one standard deviation above average) will lead annually to student gains that are 0.05 [standard deviations] or more higher than average for all students in the school” (authors’ emphasis). Although research has shown teacher effects are the primary school-based indicator of individual student growth, the effects of a principal are distributed across a school’s entire student population, suggesting a significant impact of leaders at the school level.

Despite the essential role of strong principals, the current process of recruiting, training, developing, and retaining principals “does not appear to screen out the least effective principals.” These principals are likely to move from school to school in a “dance of the lemons” before they exit the profession.* Our schools, and all our students, deserve better.

Strong models for principal training can be found in Tennessee, and districts across the state may learn from the Knoxville Leadership Academy, Hamilton County’s Principal Leadership Academy, the Center for Urban School Leadership at the University of Memphis, and the Principals’ Leadership Academy of Nashville (PLAN) at Vanderbilt. But rural schools need strong leaders, too, especially given the high rates of economically disadvantaged students many of those schools serve. Once they assume principalships, school leaders also need ongoing support and high quality professional learning opportunities to become the best leaders they can be for their teachers and students.

Many coaches in the coming weeks will receive both praise and scorn based on the ability of their teams to win in March. Based on the findings of this revealing research, the work of identifying, developing, and retaining strong school leaders will contribute to the biggest wins of all for our students and our state.

* Winkler, A. Review of Branch, Hanushek, and Rivkin. Education News. Retrieved from http://educationviews.org/2012/02/16/estimating-the-effect-of-leaders-on-public-sector-productivity-the-case-of-school-principals/. 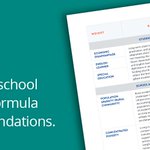