For four days, the SCORE Policy and Research team had the opportunity to participate in the recent American Educational Research Association’s Annual Meeting in Washington, DC. AERA is the largest gathering of education-focused researchers and advocates each year, and the 16,000 attendees represented all levels and sectors of the policy, research, advocacy, and practitioner communities. The conference is a unique annual opportunity to learn from and engage with leading researchers on the most pressing topics in education. Here, the team offers reflections on the lessons learned and what most affected them from the experience. For the year ahead, their challenge is to integrate what was learned and build on the relationships formed during AERA in our ongoing work to support improved student achievement in Tennessee. I was fortunate to participate in a morning-long workshop at the start of the conference. The session, Scholarship by and for the People: Engaging in Grassroots Change for Democratic Education, featured a keynote presentation from Dr. Tyrone Howard, professor and associate dean for inclusion at UCLA’s graduate school of education. Dr. Howard offered a compelling definition of democratic education, which he contended “seeks justice, reciprocity, a sharing of power between students and teachers, and…to create a self-sustaining form of pedagogy built upon mutual respect, care, justice, humanity, and a quest for learning that is relevant and sensitive to multiple cultural realities.” Roots of this concept could be found in the writings of John Dewey from a century ago, but the implications for practice, research, and policy that affirms the inherent rights of each young person in our country to a full, empowering education resonate in the work we pursue in Tennessee. That work includes a focus on enhancing equitable outcomes for all students, with dedicated attention and resources intended to radically alter the gaps in preparedness that for too long have held students back from reaching their full potential. The sprawling scope of the AERA conference makes choosing which session to attend a tough process. Luckily, I was able to hear meaningful conversations around student social-emotional factors and alternative pathways to college and career—both burgeoning areas in education research.

In a session titled,What is True About Grit: Relations with Self-Regulation and Motivation, researchers shared new research on “grit” and associated constructs, taking stock of differences and similarities and attempting to isolate effects, if any, on academic outcomes. This conversation is largely motivated by Angela Duckworth’s research on “grit,” defined as “perseverance and passion for long-term goals.”

Grit has been an increasingly popular topic of discussion in education, advancing understanding of how student motivation factors into academic outcomes. It was exciting to hear the latest findings on grit and associated constructs. Self-efficacy, or a student’s belief in his or her ability to achieve, was found to be a significant contributor to grit, and as a standalone construct has been found to have a strong relationship to academic performance. In terms of whether these constructs can be cultivated in students, grit and self-efficacy appear to be malleable traits, rather than hereditary and fixed.

A second highlight of the conference occurred in a symposium on career and technical education (CTE). Ben Dalton from RTI International shared findings regarding the relationship between student participation in high school CTE courses and medium-term labor market outcomes. Noteworthy findings occurred primarily with around CTE “concentrators,” or students who took three or more courses in a focused content area. CTE concentrators were found to be slightly advantaged when it comes to avoiding unemployment and obtaining higher income than non-concentrator peers. Concentrators were more likely to obtain work in high-skill, blue-collar occupations such as construction, architecture, engineering technologies, and manufacturing than their non-concentrators. This research promises to push the conversation forward on CTE quality and long-term outcomes. As an AERA first-timer, the conference was unlike any I had attended. What struck me almost immediately was that discussion around race, privilege, and equity seemed to guide many of the sessions offered. This framing is especially important because public education continues to serve a growing number of students of color.

I also had the opportunity to attend several sessions on teacher evaluation components and their use in school districts across the country. The American Institutes for Research, for example, presented preliminary findings from a three-year evaluation of the teacher effectiveness system in Newark, New Jersey, Public Schools. Many of the findings were not entirely surprising—teachers who were rated more effective under the teacher evaluation system were retained at higher rates than teachers who receive lower ratings, for example. However, I was struck by the fact that 86 percent of Newark teachers perceive the new evaluation system as accurate.

Overall, I left AERA energized and humbled by the students we serve in Tennessee. During an AERA session, David Johns, Executive Director of the White House Initiative on Educational Excellence for African Americans, remarked, “…no matter how we show up, we need to own and honor that our students need love.” I am challenging myself to think more deeply about how to value students, especially students of color, and their identities while continuing to place their interests above all other competing interests. Our students deserve that. 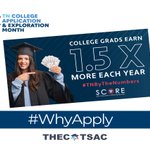