NASHVILLE – Tennessee voters overwhelmingly agree that earning a postsecondary degree or technical certificate is essential for economic success, according to survey results released today by the State Collaborative on Reforming Education (SCORE).

The poll asked 500 registered Tennessee voters a series of questions about K-12 and postsecondary education in the state. As has been true in SCORE surveys since 2015, voters identified education as one of the top issues facing state government, ranking below health care but above jobs and the economy.

Continuing another trend from previous SCORE polls, a large majority of voters say it is important to conduct annual statewide assessment of students and to use the assessment’s student achievement and growth measures to hold K-12 schools accountable and in teacher evaluations. Nearly eight out of ten of those surveyed support increased school accountability, and a majority would be less likely to support a legislator who voted against more accountability.

“Not only is student testing viewed as very important, but Tennessee voters are strongly supportive of using year-to-year academic growth of students as part of evaluating teacher and school performance,” pollster Robert Blizzard of Public Opinion Strategies said.

When asked their views of the highest level of education needed to be successful in today’s economy, a total of 72 percent responded with either a four-year degree (29 percent), a technical certificate (27 percent) or a two-year degree (16 percent). Less than a quarter of those surveyed felt a high school diploma was enough for economic success. The poll also found strong approval of vocational training, community college, and career and technical education.

“Tennesseans understand that a rewarding career now requires education beyond high school, and they support a wide range of options, from Tennessee Colleges of Applied Technology to state community colleges and four-year universities,” SCORE President and CEO David Mansouri said. “SCORE has recently expanded its mission to encompass student success from the time they start kindergarten until they begin their careers, and this survey confirms that Tennesseans want our students to have multiple paths to adult success.”

More than 80 percent of survey respondents said they were more likely to support state legislators who voted to make a college education more affordable and accessible, and the four-year-old Tennessee Promise program, which enables recent high school graduates to attend community college tuition-free, was viewed favorably by 46 percent and unfavorably by only 6 percent.

“It’s clear that Tennesseans agree that it is essential to prepare all students to succeed in college, career, and life,” Mansouri said. “To achieve that goal, SCORE is working to drive the needed changes that will better align K-12 and postsecondary education and better prepare students to thrive economically, civically, and personally.”

Other key findings from the survey include:

POLL METHODOLOGY: On behalf of SCORE, Public Opinion Strategies conducted a Tennessee statewide survey of 500 registered voters September 23-25, 2019. The margin of error is +/- 4.4 percentage points. Landline interviews accounted for 50 percent of the sample and cell phone interviews 50 percent. Geography by county and media market were matched to previous statewide elections. Participating voters in the survey are representative of registered voters in Tennessee. Respondents were randomly selected from lists of known registered voters who had previously voted in a general election. 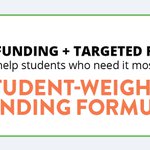