This blog post is the first in a series of three exploring Tennessee outcomes on the Nation’s Report Card.

The National Assessment of Educational Progress (NAEP) is called the Nation’s Report Card because it tracks student progress over time and provides a standard measure to compare academic performance between states. The 2019 NAEP results were released on October 30 at an event that featured 2018 Tennessee Teacher of the Year Cicely Woodard. Based on this year’s results, what can we learn about student outcomes in Tennessee compared to the nation?

NAEP is administered by the National Center for Education Statistics (NCES) every two years in the subjects of reading and math for grades four and eight. Schools and students are randomly chosen to provide a representative sample based on our student population. Exams are scored on a scale of 0 to 500 with the score indicating whether the student performed at Below Basic, Basic, Proficient, or Advanced levels. NAEP enables us to compare our academic progress against students in other states. More information can be found on the Nation’s Report Card website.

The 2019 NAEP results show that across all tested grades and subjects, Tennessee is either at or very close to the national average. This comes at a time when achievement declines are trending across the nation. Relative to other states, there is no significant difference between the state’s performance and the national average. As shown in the table above, the scale scores show only a 1- to 2-point difference across subjects and grade levels. This is particularly meaningful as the gap was nearly 10 points for eighth-grade math in 2011. At a time when the national trend shows losses across the majority of states, the 2019 results show Tennessee students held steady.

When looking at Tennessee’s progress over the last decade, we notice that achievement patterns do not look the same across subjects. For fourth-graders, we can see that math performance reflects a pattern of fairly consistent positive growth over time. The trend for fourth-grade reading is much more flat.

Deeper analysis also shows mixed results by student group. This is underscored by an analysis from the Urban Institute that accounted for each state’s student demographics and found historically disadvantaged students—students of color, those from economically disadvantaged backgrounds, English learners, and students with disabilities—are being underserved in Tennessee. The distinct variation between subjects and student groups brings up important implications for how Tennessee approaches strategies for improvement. In this blog series, we will explore these analyses further in subsequent posts that dig into reading and math outcomes and progress made over the last decade for individual student groups.

Alexis Parker is a graduate fellow at SCORE. Peter Tang is SCORE’s director of research.

Read more news and analysis on the 2019 NAEP results:

SCORE is hiring! We're looking for a Director of Advocacy to lead our advocacy, outreach, and engagement efforts. If you know someone who understands education policy and has experience in advocacy, outreach, or political/issue campaigns, share this link: https://t.co/nVTp7SiSL3

How should education leaders approach reopening schools in the fall? #EdResearch4Recovery teamed up with @Results4America, @AnnenbergInst, and top education researchers to produce a series of briefs with some answers: https://t.co/r4qECcouho 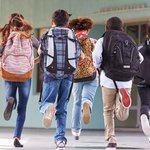 Reply on TwitterRetweet on Twitter4Like on Twitter1Twitter
Load More...