In the education world, heaps of debates have raged over the decades about how American schools should be structured, what should be taught, how it should be taught and the like. But most of those discussions are snoozers for the mainstream – better left to ivory tower types to grapple with.

What has been quite interesting is the growing debate over college-going: Should all students go to college? (I should point out that many have come to define college more broadly than traditional four-year universities, to also include our community colleges and technical career programs – collectively “post-secondary education.”)

Regularly perusing a hefty number of education articles, books and media pieces as I do, I’ve found that many, many people have a strong (and often emotional) opinion on the topic. And it’s understandable – it gets to the heart of our disagreement about the purpose of the K-12 system. While we all might agree that schooling should be a tool to give kids the skills and knowledge needed for future career success (and hopefully civic engagement), the fork in the road quickly emerges when it comes to harmonizing our views on the best pathway for imparting those skills and knowledge.

On one side of the fence are those who don’t believe college is a haven for the masses, and the opinions on this side range from defeatist (not all kids have the intellectual aptitude for college-level work) to those who take what they believe is a pragmatic view (not all kids desire to go to college and, in any case, can find gainful employment without a college education in the blue collar ranks. After all, don’t we need trade-type workers to have a well-functioning society?).

In the other corner are those who think college completion should be a goal for all, what with growing global competitiveness stemming from burgeoning economies in China and India, skills needed to be successful in a 21st-century economy, etc.

In wrestling with the college issue, here are, I think, some legitimate things to ponder:

Of course, none of the questions above have easy (or knowable) answers. We don’t know how fast we will lose jobs that were once the safety net for high school grads (and dropouts) – only that it will probably happen fast. We don’t know how technology will change the demands of jobs that we currently think are not so intellectually demanding. Even further, we have no clue about the professions of the future. Business titans like Google were barely around just 10 years ago.

Which all begs the question, why should we not do everything we can to maximize career choices for every student? Will every student choose a college-level education? Maybe not.

But should we equip them to make that choice? No question. 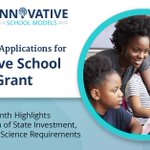