In an annual report that looks at national and state-level trends in higher education funding, revenue, and spending, Tennessee stands out as a student-focused leader in state financial aid, an indicator of the state’s efforts to increase postsecondary access and attainment over the last decade.

The recently released State Higher Education Finance (SHEF) report identifies financial trends that are particularly important given the pending impact of the pandemic on higher education finance. Here are the Tennessee findings from the report, produced by the State Higher Education Executive Officers Association (SHEEO).

Nationally, postsecondary full-time equivalent (FTE) enrollment* has declined every year since a peak in 2011. Tennessee, however, has had relatively steady FTE enrollment since 2015 and saw an increase in 2019 of nearly 1,000 students. While this trend is promising, it is unclear how the pandemic will affect future enrollment. The Great Recession resulted in several years of increased postsecondary enrollment, but current and incoming college students have recently expressed doubt and uncertainty about their families’ finances and future plans for higher education.

A Leader In Financial Aid

As the cost of attending college continues to rise across the country, Tennessee stands out as a national leader in state financial aid. Through initiatives such as Tennessee Promise and Tennessee Reconnect, the state has shown its commitment to reducing financial barriers to postsecondary attainment. These efforts are reflected in the report:

While Tennessee’s state appropriations decreased in response to the Great Recession, state leaders have provided consistent increases in state spending on postsecondary student success over the past five years.

Tennessee has made a number of innovative, student-centered strides in postsecondary policy over the last decade. The SHEF report reflects this progress, highlighting Tennessee as a national leader in supporting students through state financial aid — a crucial aspect of reducing financial barriers and increasing postsecondary access and attainment. The report also provides insight on how the Great Recession impacted postsecondary finance in Tennessee, an important pattern to consider as the state navigates the financial impact of COVID-19 while continuing to promote students’ postsecondary and career success.

Claire Ruegg is a graduate fellow at SCORE.

Happy convening to all of our #EdFellows!

Here we go! @SCORE4Schools and the state’s network of LIFT districts are tackling education system improvements at the statewide and local levels. Check out our whitepaper on the impact of partnerships on PK12 learning outcomes . 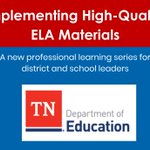 Reply on TwitterRetweet on TwitterLike on Twitter4Twitter
Load More...