Ever tried to change a tire without stopping the car?

For Eric Lifsey, a principal in Williamson County Schools (WCS), that’s what it can feel like to implement even the most helpful of new practices.

“You can’t stop school while you institute a change,” said Dr. Lifsey. “Being able to learn from others makes it a lot easier.”

High-performing Williamson County Schools, a district finalist for the 2014 SCORE Prize, is renowned for helping schools collaborate, so educators know can learn from and replicate what is working elsewhere in the district. This collaborative culture also fosters consistency, helping all schools stay true to a focused, community-developed vision statement. The result is a district with common expectations and exceptional supports for schools driving forward. Serving 36,000 students in Middle Tennessee, WCS brims with success stories. The district posted strong three-year marks on TVAAS growth in math and Algebra I and II. Students perform well on ACT tests, scoring an average of 23.1, and the AP exam pass rate is 70 percent.

District-wide, WCS has a communicative culture. School-level innovations are frequently scaled up and adopted at other schools. The district often facilitates organic sharing of ideas by providing space for professionals to collaborate. For example, WCS’s 41 principals spend one full day together each month in professional development, devoting half that time to small professional learning communities (PLCs) with four to six members. The principals in these groups maintain a cycle of visiting one another’s schools and discussing their observations. The program started as a one-year pilot, but it was so successful that it will continue next year.

“You need time within the day and schedule to have this kind of collaboration,” Dr. Lifsey said. “There’s a big difference between having a conversation and actually being able to go and see things happening. We’ve all been able to pick ideas and scale them up as we need in our buildings.”

The program itself is actually a scaling up of an informal practice started a few years ago by the district’s middle schools, according to Dr. Lifsey. He considers the practice to have been a key to WCS middle schools’ success. The district heard about the success and brought it to others.

The principal PLCs build relationships that pay off in further collaboration, said Marilyn Webb, an elementary school principal in WCS. Her PLC included individuals new to WCS, and the positive relationships built made them feel comfortable reaching out with questions between sessions.

“We do this kind of thing all the time,” Dr. Webb said. “It’s just part of the culture in our county. We are very competitive, but I think we are more competitive as a county than with each other.”

Consistency and collaboration have made it possible for each WCS school to operate with great fidelity to the district’s vision statement, adopted in 2010 after an intentional dialogue with stakeholders throughout the community: “Williamson County Schools will become a district recognized nationally for students who excel in academics, the arts, and athletics.”

This statement defines the work of everyone in the district, starting with academics, said Tim Gaddis, assistant superintendent for teaching, learning and assessment (TLA). WCS prioritizes classroom time, which Mr. Gaddis calls the district’s most important resource. There are no PA announcements interrupting classes, and no movies shown. Teachers and administrators hold one another accountable for bell-to-bell instruction. Another high priority is rigor, across all achievement levels. This is a professional development focus – the district has brought in national consultants to speak with educators on the topic. At the central office, data is analyzed across all quintiles, and growth within each quintile is tracked. More growth is achieved in the lower quintiles, but it’s “a heavier lift” to keep students growing once they reach the top quintile, Mr. Gaddis said.

“We are really focusing heavy attention on that,” said Mr. Gaddis. “What we have to do is make sure that they aren’t just staying where they are, but actually making progress.”

The district is also working to fully embrace RTI2 processes. Starting with the 2015-16 school year, WCS will be a K-12 RTI district. WCS gives schools control over how RTI is managed, and creative responses are shared through school leader collaboration. The district is considering a shuffle of principal PLCs next year that would create PLCs composed of multiple school levels, so high school principals can learn from elementary and middle schools that have had RTI processes in place for a year or two.

In addition to excellence in academics, WCS provides extensive fine arts offerings to students. Increasingly, the district is moving to define arts excellence to include meaningful arts opportunities for as many students as possible, in addition to the national performance awards earned by area schools. Arts program enrollment is on the rise, exceeding 5,000 students in the last school year. All K-5 students receive art and music education taught by content specialists, and all middle school students have arts courses available. The district delivers a wide variety of courses for high school students to choose from when meeting Tennessee fine arts graduation requirements.

Taking arts access further, a new program at Ravenwood High aims to correct the lack of arts inclusion for kids with special needs by pairing top band students with special education peers. If successful, the program could become another WCS scale-up success story.

The district is also working to find more ways to connect the arts with the rest of the curriculum, said WCS Fine Arts Curriculum Specialist Melissa Dufrechou. Scoping sequences for every content area are currently being built to help drive instruction and find correlations between fine arts and academic standards. For example, social studies standards pertaining to the roaring twenties are connected with the development of jazz in music and abstract art during the Harlem Renaissance. The district is working on professional development to share this work with teachers.

For the last two years, WCS has promoted community awareness of arts programming through the WCS Fine Arts Festival, a full-day event showcasing more than 1,000 students in grades K-12. Performances and visual arts displays filled stages and meeting rooms in an enormous event venue, the Factory at Franklin, drawing thousands of community members to see the schools shine.

“It really does keep arts education in the spotlight in the community,” said Ms. Dufrechou. “You don’t want to become complacent in reminding people.”

At WCS, a district constantly moving forward, complacency doesn’t appear to be an option.

Learn more about the work at Williamson County Schools in this SCORE Prize video. 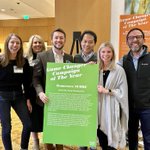 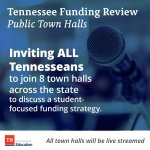 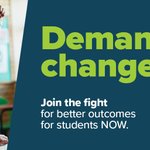 Reply on TwitterRetweet on Twitter2Like on Twitter1Twitter
Load More...