The Obama Administration has placed the imprimatur on school choice, namely the promise of charter schools, as a strategy to reform urban education. The army of policymakers, private foundations, education leaders, and parent groups that have long championed the ideals associated with school choice have moved to amplify the Administration’s assertions with an arsenal of rhetoric related to the purchase power of choice: innovation, accountability and results. Tennessee has joined this chorus of choice supporters by enacting legislation that eliminates the cap on the number of charter schools authorized across the state. The state’s lowest performing schools (the “achievement district”) may be converted to new charter schools or co-managed by district and charter school leaders.  Tennessee falls in line with numerous other states that have embraced new choice policies as a solution to an array of urban education ills. Indeed, the Wall Street Journal recently named 2011 “the year of school choice” — noting that 13 states (and counting) and the District of Columbia have passed major education “reform” bills that dramatically expand voucher programs, charter schools, tuition tax credit provisions.

The consequences of choosing choice as a strategy for reform are pivotal as we turn the corner toward reauthorization (or granting waivers of key elements) of the Elementary and Secondary Education Act (ESEA), also known as, No Child Left Behind.  I urge scrutiny and call attention to the consequences of school choice policies that are disconnected from the founding principles of public education: building a democratic society.  I would argue that unfettered choice programs, coupled with new legal constraints on diversity, threaten to undercut the opportunities and obligations of the nation’s public education system to promote equity, excellence, opportunity, and diversity simultaneously.

The current rhetorical stance around choice (and reauthorization of No Child Left Behind) seems notably less reasoned and more reflexive than these discussions (or suppositions) require. School choice advocates tend to focus on a single outcome as measure of merit and expansion — student achievement (though results are decidedly mixed) — rather than outcomes more fundamental to sustaining equity, promoting opportunity, and creating civic virtues.  How we measure results in choice schools and compare these outcomes to traditional public schools seems of paramount interest in the rhetoric of school choice, pushing out what I would argue are other, more compelling considerations.  We should recall the central role of schools in a democracy: developing students capable of broad participation in the social, economic, and political life of this nation.  As policymakers debate the merits and mixed results of school choice, I pose this question: Do the imperatives of civility and diversity remain core values in public school choice policies (e.g., charter schools, magnet schools, voucher programs) today? In what measures and magnitude?

We should explore the implications of new policies on choice across multiple contexts, including classroom and school, districts and multiple states. A host of other choice-related policies remain under-explored or ignored all together. For example, how do open enrollment plans and inter-district choice policies “fit” within the scope of new choice policy and urban education reform?  How do magnet schools (with new federal MSAP grants) address issues of diversity and excellence? What works?

We should underSCORE the value of these research and policy endeavors: why democratic principles, school choice programs, and student assignment policies matter. As political scientist Benjamin Barber noted in his acclaimed 1992 book, A Meritocracy of Everyone, public education is how a public and a citizenry (and civil society) are forged. Public education and by corollary, public school choice, are anchored to this compact. Public education is fundamental to the aims of promoting democracy, social efficiency, and social mobility. With these interests and demands in mind, our state legislators, local school officials, and community leaders should invite more – not less– discussion and debate regarding the aims of school choice. I urge readers to review the new research from the federally funded National Center on School Choice at Vanderbilt University (www.vanderbilt.edu/schoolchoice/), and to use this evidence to reshape the political and educational landscape toward more democratic, diverse, and efficient schools for students and their families. 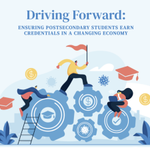