In 2019, the Southern Regional Education Board (SREB) projected that 1.1. million workers in Tennessee could be displaced by automation, becoming “unemployable” or stuck in low-wage jobs by 2030 if their skills were not raised to a postsecondary level. Now, SREB’s latest analysis on Tennessee and 15 other states finds that the nearly one-third of work activities across the Volunteer State originally projected to become automated over the next decade could now be automated by 2025.

“This dangerous trend was on the horizon, but the pandemic makes it the next exit on the highway,” SREB President Stephen L. Pruitt said in late November.

Here’s what we know: Adults with the lowest levels of education are the most likely to be displaced by automation and negatively impacted by the pandemic, as SREB’s state outlooks show. Building on Tennessee’s momentum in improving career training and education will be critical to the state’s economic progress for years to come. Since Tennessee launched the Drive to 55 initiative in 2013 — with a goal of getting 55 percent of Tennesseans equipped with a college credential by the year 2025 — the state has increased high school graduation rates and raised the postsecondary attainment to 45 percent. Even before the pandemic, the state faced a challenge to reach the Drive to 55 goal. Now, for the first time since 2013, high school graduation rates have fallen.

In May 2019, about 65 percent of active employees in Tennessee had a high school diploma or less, and these workers formed the backbone of the state’s workforce. Tennessee’s lowest-skilled workers tend to be overrepresented in industries more heavily impacted by shutdowns and ongoing health restrictions. These same industries are often those also most susceptible to advancing technologies.

In addition to its threat, the pandemic has created an opportunity — even a necessity — to rethink and redesign education in Tennessee and across the United States. Now, perhaps more than at any other time, states must be swift, thorough and creative if they hope to meet the mounting needs of unprepared workers.

Automation is expected to have the greatest impact on Tennessee’s largest job sectors: food preparation, sales, production, transportation, and office and administration. SREB estimates that in four of these top job sectors, 43 percent or more of work activities could be automated in the next five years.

Tennessee has made significant strides in its work to expand work-based learning, school-and-industry partnerships, and career pathways that align high school and postsecondary courses and training. SREB recently published a guide for states on these issues.

Having more workers with various levels of postsecondary credentials is critical not only for workers, but for Tennessee, which needs to maintain a highly educated workforce to attract businesses to employ them. Businesses are more likely to expand in areas with a well-prepared workforce.

The pandemic has created challenges for Tennessee but offers an unprecedented opportunity to update education systems, bolster the workforce, and build policies that support healthy families and a thriving economy.

Meagan Crowe is a policy analyst at the nonpartisan Southern Regional Education Board in Atlanta.

Join our team! SCORE is hiring a Director of Operations to support our people operations, office/technology management, events, and critical infrastructure. It's a great opportunity to support our work to make a positive difference for TN students! https://t.co/v5anmzJ4Mz

Join our team! We’re looking for an Administrative Coordinator to ensure the smooth functioning of our physical & virtual offices. The ideal candidate is a flexible & creative problem-solver with a strong command of technology. Learn more > #ICYMI: A spotlight on literacy progress at @ElizCitySchools following the implementation of new practices based on the science of reading and use of high-quality instructional materials.
Learn more > 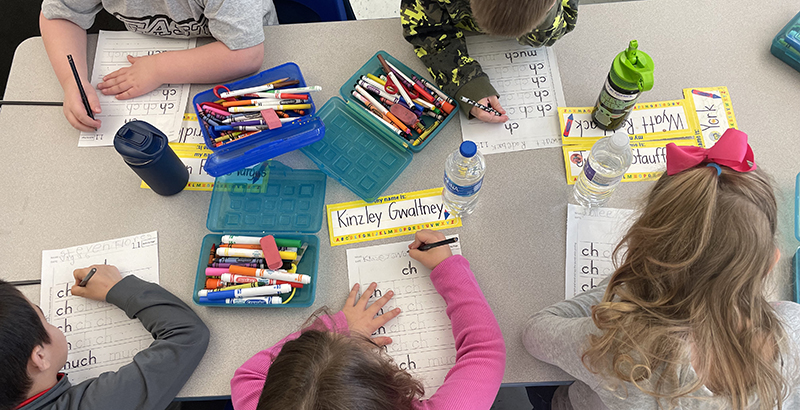 This is the first in a series of three articles from a Knowledge Matters Campaign tour of school districts in Tennessee spotlighting the impact of the...