Voting has now ended. Thank you to everyone who submitted inspiring stories about rising to the challenge and improving student achievement in rural areas! The winning entry, Viking Advertising, received a $100 Donors Choose gift card.

As a 7th and 8th grade reading teacher, I decided to do an activity with my students that incorporated several of our standards into one fun unit. I began building up to the trial of the century by discussing as many aspects of the case with the students in terms of how to work in groups, and teaching the standards that we would be covering, constantly reminding them that they would need to know this information if they were to successfully prosecute or defend Mr. SquarePants. During our lessons leading up to the trial of SpongeBob SquarePants, we discussed deductive and inductive reasoning, fact and opinion, and false premises. We also talked extensively about making inferences and drawing conclusions based on evidence. We discussed effective teamwork skills and appropriate methods for speaking in public. By making these lessons relevant to the students’ lives and interests through one of their favorite cartoon characters and involving them in a crime drama that interested them, the skills became important to them. They were motivated to engage in their own learning and to participate in classroom discussions and activities. Wanted posters were up, and about a week before the trial began, Mr. SquarePants was successfully captured in Wal-Mart. He was incarcerated in my room in a closet.

We allowed the students to choose to be prosecutors or defenders according to how many Accelerated Reader points they had, and then assigned them into groups according to their abilities. After two days of group work preparing for trial, they came into the classroom to find my co-teacher and myself dressed in black robes, the classroom turned into a courtroom, and SpongeBob chained to a chair at the front of the room. Although this was only being done in my classroom, the entire school got in on it. The principal made announcements throughout the day. Other teachers protested for the release of Mr. SquarePants outside my classroom during our classtimes. The students thoroughly enjoyed it.

Parent-teacher conferences were that week. It was all anyone could talk about. Even after the students came back from a week-long vacation, I tested them over the standards we had learned and they aced the test! Enjoyable learning and successful learning all in one!

An Advertising Executive from New York, Richard Carraro, was hired by the Town of Linden to do a campaign for the local merchants to try and boost the local economy. Jim Azbill, the Mayor of the Town of Linden and Michael Dumont, a local business owner asked JTG Instructor, Michele William if she and her class would be interested in working on the project.

Initially, Mr. Carraro came down and met with the students and gave them some direction and guidelines. The students would be in charge of creating the advertising with help from Mr. Carraro. The students were divided into groups of two and assigned a particular Main Street Business. The assignment included meeting with the owners and deciding what the unique and appealing characteristics of the business were.

The JTG students decided they would form their own advertising agency and called it Viking Advertising, after the school mascot. They met twice a week with their business owners and collaborated on an idea for an ad. Then they created a rough draft of what the ad should look like and sent it to Mr. Carraro. He critiqued it and sent it back with his recommendations. The students revised their ads using his suggestions in addition to theirs and the business owners and came up with a final copy.

Once completed, Mr. Carraro arrived in Linden from New York and filmed the ads. The filming was part of the project. The business owners were in most of the ads. The ads were printed on posters that were displayed throughout the town. Many of the businesses used the ads the students made and had business cards made from them and a billboard is to be made to be placed on Interstate 40 in the near future.

Each student was recognized for their ad and given a certificate of internship with Clownbike Advertising. The students loved the project! They said it made them feel more a part of the town and have some accountability in its future. Michele felt it was a great way for the students to interact with the community and learn the processes involved with starting and running a business. She also saw a great sense of pride and accomplishment from each of them. Some even had their Senior pictures taken in front of the businesses they were assigned to.

Girls realizing their true potential, striving to be all that they were created to be, refusing to be another statistic. This is our vision at The Princess Project: To change the world one girl at a time. Created by Anna Strong Middle School teachers Jessica Pontoo and Jackie Markovich, The Princess Project is a mentoring program aimed at building self‐esteem in the hearts and minds of young women in the Delta.

Over the course of six weeks, 7th and 8th grade girls from Lee County, Arkansas met regularly to learn and practice our core values of identity, intimacy, and integrity. The program concluded with a Gala “reveal” where each girl was re‐introduced to her family, friends, and community and given the opportunity to share her transformational story. This is how we’re rising to educational challenges in our rural community, by helping to change the Delta one girl at a time. 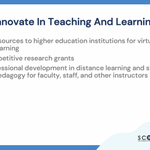 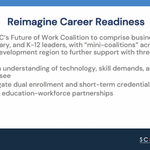 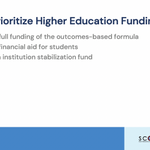