The Fourth of July is a time for fireworks, gatherings of family and friends, and a reflection of the unique way our country achieved its independence. Naturally, this makes the Fourth a day of not just joy and fun, but one of learning and remembering the American men and women who came before us. To learn more about how to make the holiday both fun and educational, we asked three Tennessee educators for their thoughts on how to celebrate the holiday with happiness and knowledge. “We celebrate the Fourth of July each summer with cookouts, festive red, white and blue attire, ice cream and fireworks. As this summer marks 241 years since the Declaration of Independence was presented before the Second Continental Congress, let us take a closer look at the original fireworks that exploded on that hot July day in Philadelphia, 1776.

Take a closer look at the document that defined the founding of the United States. The entire document is only 1,337 words, including dates and headings. As you read through the Declaration, pay close attention to the style that Jefferson uses. This was before the days of bolded texts, so many scholars argue that the capitalized words were meant for emphasis when the Declaration was being read out loud to a crowd as many of the populace was uneducated and could not read.” “Younger adolescents may enjoy reading books that reveal the origin of the holiday with their families and friends. These could include It’s Not About You, Mrs. Firecracker by Soraya Diase Coffelt or The Story of America’s Birthday by Patricia Pingry, which summarize the people and events remembered on the Fourth of July. Young learners may also like making a patriotic dessert modeled after the American Flag – a task which can be done with strawberries and blueberries. This would provide an ideal opportunity to determine and discuss the colors of our nation’s flag as a reminder of the patriots who fought for our independence in the American Revolution.

Older students may connect with prominent well-known figures such as Dree Brews and Jerry Rice in their reading of the Declaration of Independence. Prominent athletes and coaches paid tribute to this founding document in a video clip titled, Super Bowl XLV Declaration of Independence. Including members of the army, navy, and students from various school settings, their regard to this historic document not only affirms its value to our nation’s past but also its importance to our current political structures.” “Our democracy is dependent upon participation and engagement from citizens. Encourage students’ interest in our democracy by introducing them to iCivics, which teaches students how to have an active role in the electoral process. iCivics is best known for simulation games, including running your own campaign or serving as President of the United States. I have used iCivics with my middle school students, and they loved the opportunity to make real-time decisions as President that changed the course of the game. July Fourth is a reason to celebrate the ideas that make our country special.”

Classroom to Career is working to create an education system where TN kids are prepared to excel in school, college, career, and life! Follow them and RT to tell your friends! @ClassToCareerTN 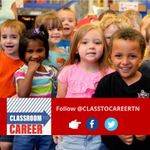 These students need our support to succeed: Because of pandemic, low-income students and students of color are more likely to take fewer college classes, less likely to complete college. https://t.co/2RNE5ZWpDu 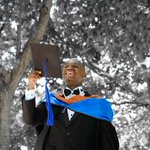 The health crisis is a threat to #highered funding and affordability. Driving Forward shows why and how we must ensure that postsecondary education is attainable for TN students. https://t.co/kT85BoWk4A 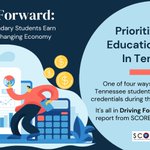